Should You Be Using Microsoft Teams?

Mikael Zevnich
Microsoft Teams is best for those who are looking for a communication-centric platform to increase communication efficiency in their workplace.
Total
0
Shares
0
0
0
0

Collaborative platforms have seen an increase in interest in recent years due to shifting trends. When digital nomads were on the rise, the niche market grew and expanded to facilitate the desires of the new generation – being able to travel the world while they are young and able, instead of when they are old and retired. However, the last two years saw exponential growth in part due to the pandemic and the strict restrictions that were placed on travel. People were no longer able to fulfill their dreams of living on the road and many were forced to work from home. Some took this opportunity to foster their hobbies, such as throwing themselves into gaming and going through an entire minecraft server list or picking up a brand new skill like sewing or embroidery. However, work was and continues to be something that we cannot live without. Corporations still need their workers to contribute to their ecosystem of efficiency, and that’s where productivity and collaborative platforms come in.

What makes Microsoft Teams stand out?

Microsoft 365 Business Voice replaces existing phone systems. While you will require additional licensing, you no longer have to worry about seeking VoIP vendors or spending on elaborate phone systems for your company. As part of this feature, team members are able to participate in audio conferencing regardless of where they are. They can join via their phone with a dial-in number which doesn’t require any internet connection. This is one of their biggest advantages over other collaboration platforms.

Microsoft understands that meetings are tedious. Therefore, in order to make it more efficient, they are able to host seminars with over 10,000 users and it can include outsiders who aren’t registered on the company’s team. Within the online meeting feature, users will find scheduling aids, note taking applications, in-meeting chat messaging, and file uploading.

Any file that is uploaded is immediately stored on SharePoint but the permissions and privacy can be customized to suit their needs. Users don’t have to worry about exposing sensitive information with these built-in functions.

Aside from that, users can expect the same kind of functionality that they will find in Slack or any other collaboration platform. There are various channels that a team can set up and team members can invite members to add them to teams and channels, etc.

Microsoft Teams became available in 2017 and is part of Microsoft365 and Office365. This free program uses a messenger concept with built in document sharing and collaborative features. Perhaps one of their closest competitors is Slack, which was released in 2013 and came to prominence in 2017, when the platform was recognized by TechCrunch as the ‘Best Startup of the Year’.

In the beginning, there were only about 13 million users on Teams, but that number saw a steep increase following the pandemic, doubling in 2020, and now sits at 270 million active users a month. According to Slack, they have 12 million daily active users, out of which 3 million opt for their paid services.

Both platforms have their own pros and cons, with Microsoft Teams more focused on providing a communication-based platform for their users and Slack being more inclusive and offering better integration. Teams is definitely a better option for bigger players, whereas Slack is much more flexible and therefore better suited for smaller teams.

Who should be using Microsoft Teams?

Microsoft Teams is highly customizable and can be easily organized. Channels can be locked for privacy purposes and the way the platform is structured, information is easily accessible by the right people.

The software aims to eliminate the need for emails within an organization, which makes communication much more effective because there won’t be any missed messages. Going through a third party mailbox can be tedious and time consuming, especially when you’re not sure where or when someone emailed you. When everything is in one place, it promotes efficiency.

Note-taking while being in a meeting is also a great way to keep those in the meeting engaged, which will also lead to better attention and information retention. Getting your teammates involved in a meeting is much preferable to a meeting where everyone is nodding off, losing interest, and blatantly not listening. The interface is intuitive and eye-catching, which makes note-taking a breeze.

Finally, when we circle back to the voice aspect of Microsoft Teams, it’s clear that they have a winner on their hands. For companies who regularly send their employees to far reaches of the world where there isn’t much reception, much less internet data, Microsoft Teams’ voice option is a gift. On top of that, phones can be turned into walkie-talkies and all they need to do is download the relevant app.

With so many to offer, Microsoft Teams is best for those who are looking for a communication-centric platform to increase communication efficiency in their workplace, and aren’t too fussed about app integration.

How To Improve Page Speed: Proven Ways That Work

Masticating Juicer Vs Centrifugal Juicer, Which One Is Better? 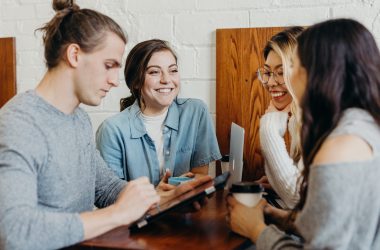 How Digital Marketing Can Be Instrumental In Business Growth

How to start leveraging the best digital marketing practices to launch an inbound marketing sales funnel for your business.
Read More 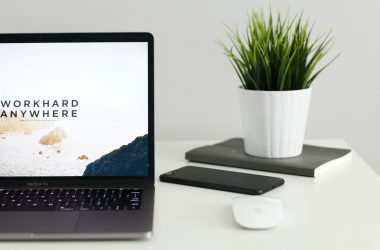 8 Examples Of High Performance Websites That Are Also Beautiful

The internet is brimming with incredibly inspiring websites for businesses of all sizes. Web design is one of…
Read More 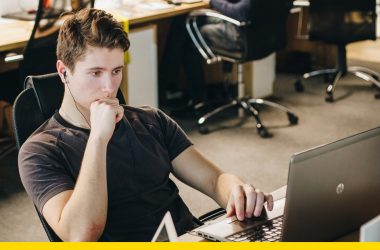 How To Prevent Cyberattacks With Digital Twin Technology

Traditional methods of protection against cyberattacks are not always effective. Let's talk about the innovative digital twin technology and the options for its application in cybersecurity.
Read More